At seven years old Kevin’s love for baseball began. Since then he has become an outstanding pitcher who works hard at his craft. 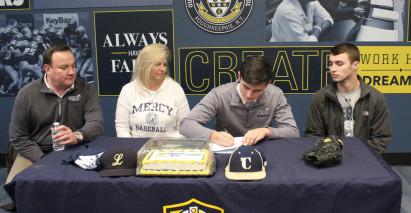 Kevin Seckler signs his Letter of Intent to play baseball for Mercy College while his parents, Michael & Kathryn, and brother Eric look on.This afternoon he signed his Letter of Intent to play Division II baseball at Mercy College amongst his family and friends, where he has received both an academic and athletic scholarship. Mercy was a great fit for him due to them having baseball, a good business program, and it’s located in Westchester County. 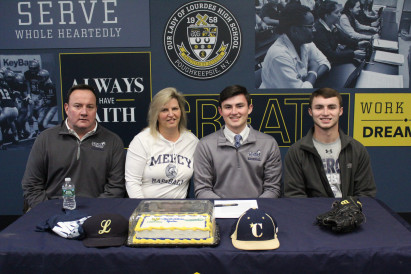 Kevin Seckler celebrates his signing with his parents, Michael & Kathryn and brother Eric.

Currently, a senior  Kevin, a Hopewell Junction resident, began his high school career on junior varsity and then moved to varsity at the end of his sophomore season. He then played varsity for the remaining two years. Last season Kevin was named an All-League player.

While playing at Lourdes one of the highlights of his career was during his sophomore season. At the end of the season, he was brought up to varsity for their sectional play. He was given the opportunity to pitch a game where he got the win.

Lourdes Assistant Baseball Coach Mr. Myles Weiler states, “Kevin has been a reliable pitcher ever since being called up to varsity as a sophomore. Every time Kevin pitched he did what we needed to win that game and always did it efficiently. Kevin has been a great piece of the Lourdes baseball program and we wish him the best at the next level at Mercy College.”

Good luck to Kevin this upcoming baseball season and his future as a player. 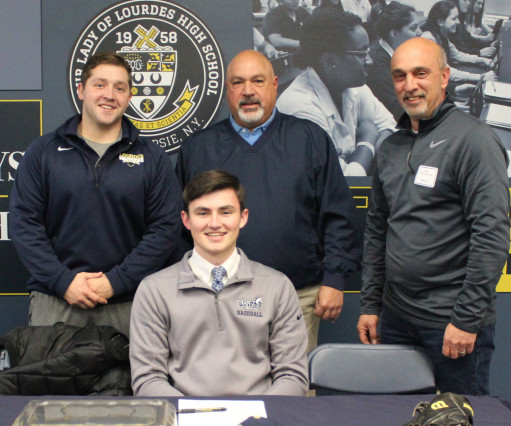 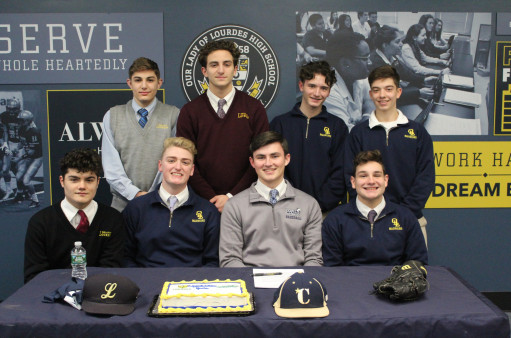 Several of Kevin's teammates were on hand for his signing and to congratulate him.