Amber Fischer began rowing as a freshman at Our Lady of Lourdes High School, and since then her love for rowing continues to grow. On Tuesday, May 14th, she signed her National Letter of Intent to row at Sacred Heart University, a Division I school. 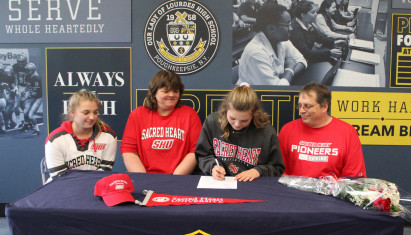 Amber Fischer signs her National Letter of Intent while her parents, John and Helen, and sister, Samantha look on.Currently a senior, rowing has become a passion for Amber. For her everything about the sport, ” is great, it has its challenges but that is all a part of the fun.” A significant accomplishment of Amber’s was during her sophomore year when she broke eight minutes during a 2K on the erg which is an impressive feat that all high school girl rowers aim to accomplish. In addition, all four years at Lourdes her boat placed fourth scholastically. The girls’ Varsity coach, Anna Sisung, remarked that “Amber has a strong work ethic and she is joining a great program at Sacred Heart that she will continue to flourish in.”

While at Lourdes Amber also participated in basketball, swimming, and soccer and is an active member of the National Honor Society. During the summer, Amber also rows with Hudson River Rowing Association (HRRA). Amber’s family and friends, Lourdes Assistant Principal, Michael Krieger, her OLL teammates along with OLL Varsity Crew Coach, Anna Sisung and numerous faculty members were all on hand for the signing to support and congratulate her.  Excited for this next step, Amber commented, “I knew Sacred Heart would be the school when I met the team on my official visit there.  Academically and athletically, it is a perfect fit.” Amber plans to major in Occupational Therapy. 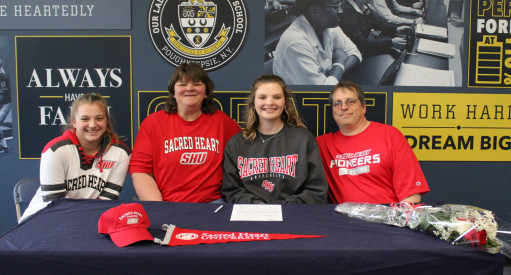 Photo Caption: Amber Fischer poses with her parents, John and Helen, and sister,
Samantha upon signing her National Letter of Intent to row for Sacred Heart. 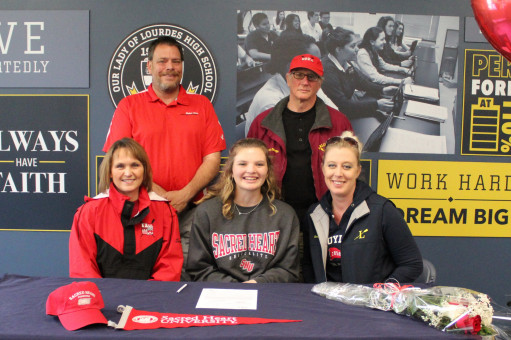 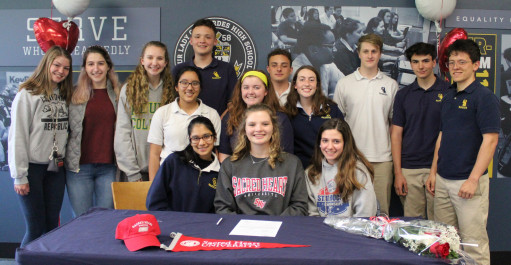 Amber celebrates her signing with her friends and Crew teammates.
Last modified on May. 17th, 2019 at 7:52am by Christine Kolosky.