It was a perfect way to complete the first semester of the 2019-2020 school year, as the OLL faculty came together today in prayer, reflection, and fellowship. 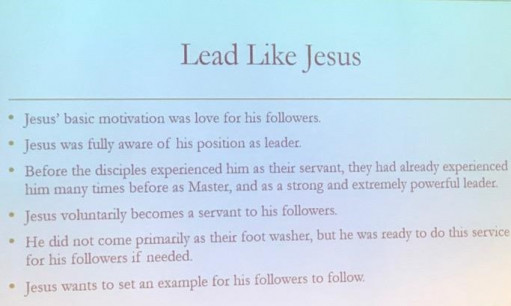 The morning began with Mass celebrated by Father Charles Achi from St. Martin de Porres in the auditorium. We then welcomed Tammy Barnett, Campus Minister at the United States Military Academy at West Point as our retreat speaker. 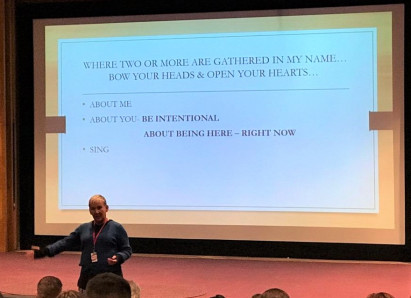 Tammy has multiple degrees in English, education, and theology. She is the recipient of the Dr. Mary Walker Award for Meritorious Lifetime Volunteering, a three-time recipient of the Commanding General’s Award for Public Service, and received the Fort Drum Officers’ Spouses’ Club Scholarship for Outstanding Volunteerism. She was a youth minister and confirmation teacher in South Korea and is the confirmation instructor for cadets at West Point. In addition, she is a mother of six, with one son having attended West Point.  Lourdes Vice Principal, Meghan Vilardo remarked, “While raising her six children she was an army wife, moving and adapting often as a sacrifice of self for her family and our country. She is dynamic and passionate about her work and faith. We are happy to have her here today as we welcomed her to Lourdes.” 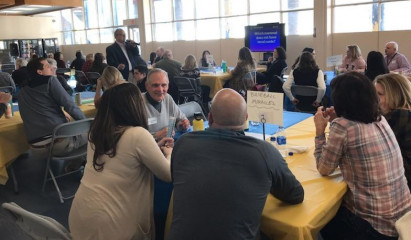 During the afternoon, teams of faculty and staff participated in a trivia competition; 7 rounds, 10 questions each with a lightning round. Donations were collected from all departments with the objective that the winners will donate all proceeds to the charity of their choice. 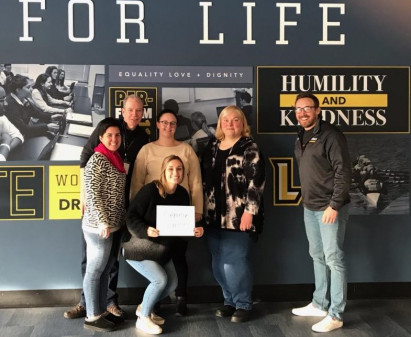 Congratulations to the team of Mrs. Philipbar, Mr. Keenan, Ms. Zazzarino, Ms. Brooks, Ms. Graham and Mr. Herles who will donate all winnings to Catholic Charities.

A very successful day.  Special thanks to Father Achi and Ms. Barnett for sharing yourselves with us today!

Last modified on Mar. 24th at 2:46pm by Christine Kolosky.