With the largest number of athletes in the program this year, Coach Rich McHale is thrilled with not only how well his athletes are performing this season, but also for the future of this program.

Since taking over in the 2017-2018 season, Lourdes has had two Section One champions (Chris DiMeglio 19’ and Lucca Ardovini 18’). According to McHale, “We are possibly looking at three more this year alone.”

Currently, four athletes are ranked in Section One, Division 2 schools: 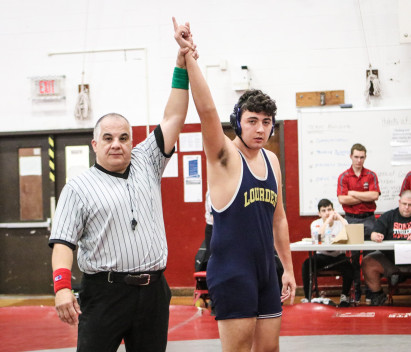 Predrag Skumpia at the Somers Meet. 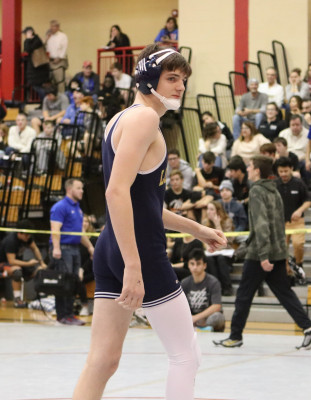 Riley McHale at the Somers Meet.

The program is in the planning stage of creating an off-season training program to keep the existing wrestlers training all year and invite prospective wrestlers to the program. Contact Coach McHale at rdmchale8@aol.com for details.

Stay tuned to Lourdes Wrestling as they continue to mark their place in Lourdes athletics history!

Last modified on Mar. 24th at 2:42pm by Christine Kolosky.