It is with deep sadness that we share the passing of Greta Kreuz, a member of the OLL Class of 1975 and longtime supporter of Our Lady of Lourdes High School. Greta passed away Saturday, January 30 after a courageous eight-year battle with lung cancer.

Greta was honored at our Lourdean Dinner in 2017 when she was inducted into the OLL Legion of Honor that recognizes alumni and friends of the school whose efforts have contributed to the school’s tradition of excellence and enhanced its reputation in the Hudson Valley.

Here is an excerpt from the event journal: 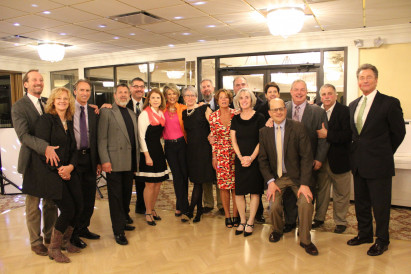 Born and raised in Fishkill, Greta graduated from Our Lady of Lourdes in 1975 and went on to receive her Bachelor of Science in Journalism from Ohio University in 1979, and a Master of Arts in Broadcasting and Public Affairs in 1983 from American University. 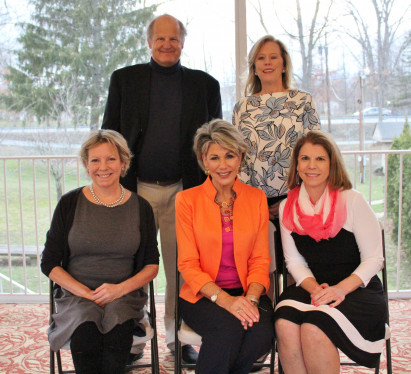 Greta began a career in journalism as an award-winning newspaper reporter and photographer in the Chicago area. She then went on to radio as a news director for WVPO/WSBG in Stroudsburg, PA. Her television career began as anchor and reporter for WBRE-TV in Wilkes-Barre, PA, and from there she moved on to WPRI-TV in Providence, RI, and WBAL-TV in Baltimore, MD.

During her long and distinguished career, Greta won multiple Emmy, AP, and Edward R. Murrow awards.  She has interviewed countless prominent newsmakers, such as President Jimmy Carter, Elizabeth Edwards, Archbishop Desmond Tutu, and Princess Diana, just to name a few. She has also covered a number of natural disasters, winning an Emmy Award for reporting on the 2011 DC area earthquake.

As an anchor and reporter for ABC7/WJLA-TV in Washington, DC for 26 years, Greta covered countless major issues, including 9/11, the Inauguration of Barack Obama as America’s first African American President, and the election of Pope Francis in Rome. She has interviewed everyone from Hollywood stars to criminals, diplomats to drug dealers.  Her own personal battle with lung cancer was chronicled in an award-winning series in 2012.

Since her retirement in 2014, Greta has remained very busy. In that same year, she produced a video on the Franciscan Friars’ work in war-torn Syria. She enjoys teaching journalism and broadcasting to college students and is active in her parish, Blessed Sacrament in Washington, DC. Greta serves on several boards such as John S. Mulholland Family Foundation, Catholic Charities of the Archdiocese of Washington, and Mount Carmel House.  She is passionate about the nonprofits she works with, especially those fighting lung cancer, Alzheimer’s disease, and poverty.  Greta has remained connected with OLL participating in student Career Day programs; however, it is her ongoing support of numerous school initiatives throughout the years that are clear evidence of her love for OLL’s past, present, and future.

Please pray for the repose of her soul. She will be missed by all those who knew and loved her. We send our prayers and sincerest condolences to her family.

Eternal rest grant unto them,
O Lord, and let perpetual light
shine upon them. May the souls
of all the faithful departed, through
the mercy of God, rest in peace