Over 200 people were in attendance for the VEX EDR Hudson Valley Qualifier robotics tournament on December 4th hosted by the Our Lady of Lourdes High School Robotics Team, WarriorBots. 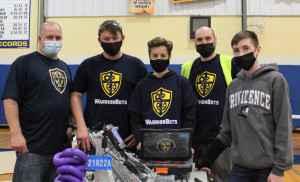 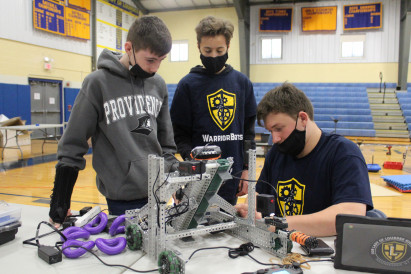 Seventeen teams from schools throughout our region competed for a chance at the State finals that will take place in the spring of 2022.  Students had to assemble robots capable of accomplishing various tasks simultaneously such as collecting cones and stacking these into goal zones, as well as balancing robots and cones on see-saw platforms.  In each match, teams were paired up and then competed against another pair of teams. Each team took part in a minimum of six qualifying matches throughout the day. The top teams of the day then moved on to the quarter, semi, and final rounds. 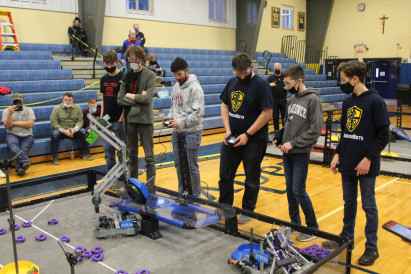 Matthias Johnson, the WarriorBots Coach, was thrilled with Saturday’s outcome. “It was amazing to see public and private schools from our region coming together to demonstrate their skills and abilities,” remarked Mr. Johnson.

Saturday’s tournament was one of the first events in our region’s VEX EDR schedule, and it is the only one taking place in the Mid-Hudson Valley.  Mr. Johnson added, “It is incredible to see other teams come together and help make this day a reality.  A special thanks to all those that attended and helped out wherever they could.  In addition, with Lourdes hosting tournaments, there is now an opportunity for local teams to travel less.  Most events open to us are scattered throughout NY State which requires at least an hour of travel. Hopefully, this will incentivize local schools to start teams.”