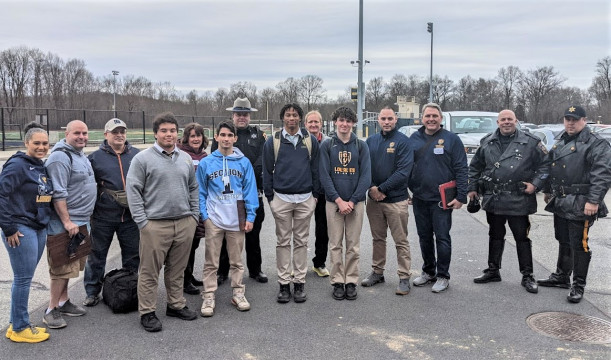 The Lourdes community gave an enthusiastic send-off to all our athletes headed to States, representing three different winter sports, complete with a police escort by the Dutchess County Sheriff’s Department for our two wrestlers as they head to Albany for their championship competition on February 25 and 26.

Congratulations and good luck to all of our amazing Warriors!
Here’s the line-up:
Charles Batista – Wrestling
Our starting varsity heavyweight racked up a 21-7 record, remaining undefeated in Division II in his weight class. Charles stood on the podium at the Mahopac Memorial Tournament and punched his ticket to this year’s New York State Tournament by winning his first-ever sectional title.  Charles is a prime example of how mixing hard work and passion allows you to accomplish anything you put your mind to. 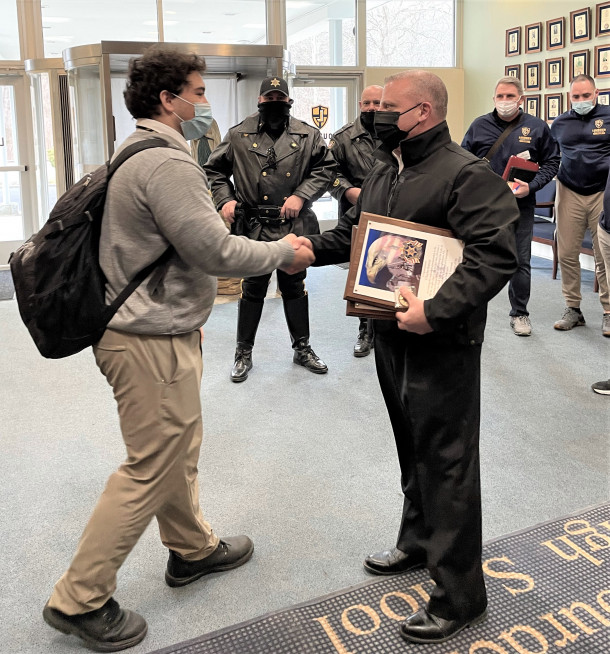 Jackson Wainwright - Wrestling
Our senior varsity captain currently has a 28-3 record heading into the New York State Wrestling Tournament this weekend. Jackson stood on the podium at this year’s Mid-Hudson Tournament and Mahopac Memorial Tournament all while making Lourdes wrestling history. Jackson is the first-ever Our Lady of Lourdes wrestler to become a two-time section champion by winning back-to-back titles at 113 pounds and 126 pounds. Jackson: thank you for paving the way for our underclassmen and future wrestlers to come. Jackson and Charles - Congratulations to both of you and good luck this weekend. Wrestle hard, and most of all have fun! We all will be cheering you on! 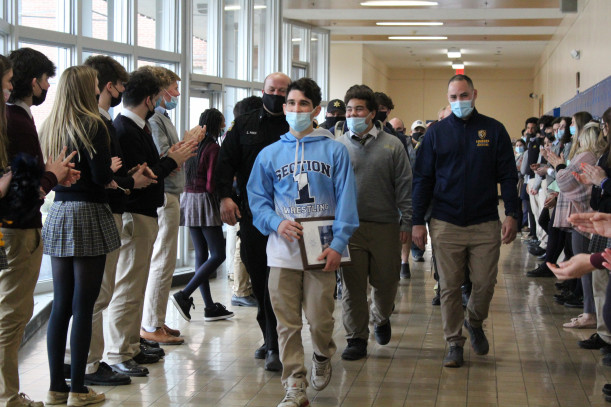 Ed Horgan - Boys Swimming
Edward went undefeated this season in all his individual events. This year he dominated in the pool in a breakout season with 1st place in the 100 Butterfly and 100 Backstroke at Divisionals, 5th place in the Section at 100 Backstroke, and 4th place in the Section in 100 Butterfly. Early in the season, he qualified for States and currently made the NY States Qualifying times in 5 events. Ed made Lourdes history by breaking the school record for the 100 Butterfly. Cheer Ed to victory at states to be held March 4 and 5  in Ithaca. 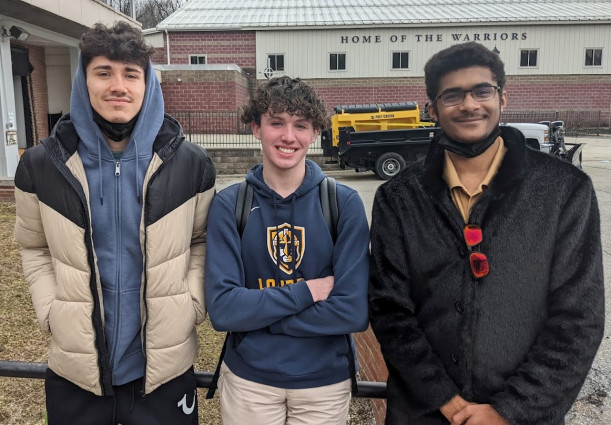 Chris Boston -  Indoor Track
This senior warrior brings speed and commitment to all four sports he has played at Lourdes. His 1st place victory in the 55 meter at the Northern Counties championship, 2nd place in the 55 meter dash at the Class B  championship and 2nd place finish with his personal best at the Section 1 Championships earned him a spot at States on March 5th. He is an amazing athlete, well deserving of this contest.  Good luck Chris! 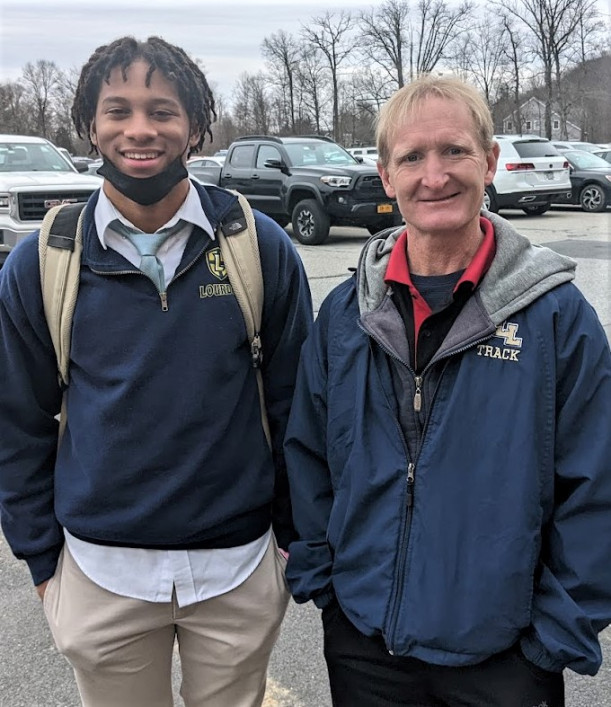